How a friends computer got hacked and hijacked

Protect your PC by Microsoft
Hacking the hacker: How a consultant shut down a malicious user on a client's FTP server

A friend's system got hijacked by two different hacker groups who were using the system to distribute files.   Also the hackers had complete access to all my friends files including financial information such as credit cards.  I have a grudging admiration for how these groups are so clearly organized. <sigh>

I got a phone call which mentioned some problems.  After a bit of diagnosing I asked them to reboot.  They said they got a message stating that a particular program iroffer.exe needed to be cancelled.  I was a bit suspicious so I did a web search on that name.

Turns out they got hacked due to four causes:

Any one of these being in place would've stopped the worms and the hijacking of their system.

However all of these solutions should be in place to ensure redundancy in security.   For example it may take several days after a virus comes out before the antivirus signatures have been updated and thus your system may be already be compromised.  Then the software firewall could help.

McAfee found the following twelve viruses on the system: 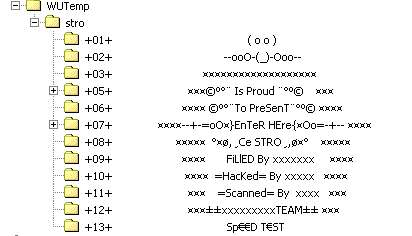 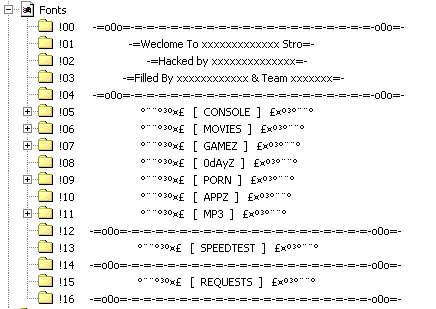 Notice how organized the hackers are when it comes to their directories.  They are using batch files to create the directories in a logical fashion.  They have a directory for speed tests and requests.